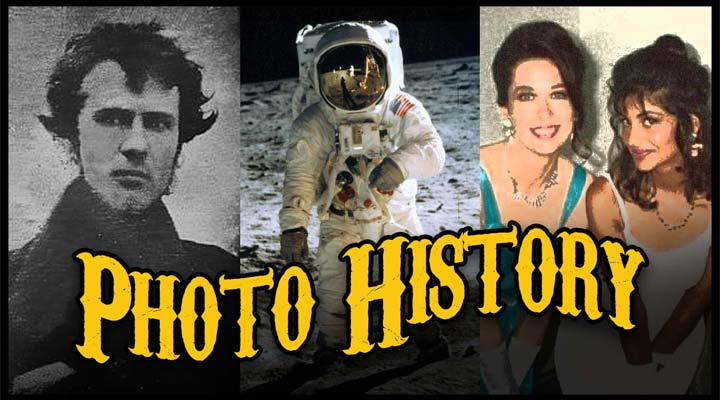 The historical fact checking done was also more challenging than I anticipated. LOL, after finishing I kinda felt like an amateur historian in early photography. I will say for the record though I do not know for certain if the earliest born man and woman are correct. There were several others who showed up on Google as possibly being the earliest born ever to be photograph. The more I dug around the more I got the distinct feeling this could be one of those mysteries that will never be solved. Record keeping wasn’t as extensive back in those days and what little records that were taken have been lost over time.

Conrad Heyer’s birth date was listed as being 1749 and the date of his picture is confirmed as being taken in 1852. So by that info alone he would have been 103 years old when his picture was taken. Additionally, anyone can easily tell by looking at the photo that he definitely looks around 100 years old. So if Mr. Heyer wasn’t THE earliest born to be photographed, he certainly was one of the earliest.

Also on a side-note since I’m talking about Mr. Heyer, he too was also a veteran of the American Revolution. I didn’t include that in the video because I was trying hard to keep the subtitles at a minimum. Just trying to give the viewers more time to enjoy the pics themselves since the slides are about 10 seconds each. Any Youtube viewers interested in reading up on these old photos, I’ll include more info in the video description.