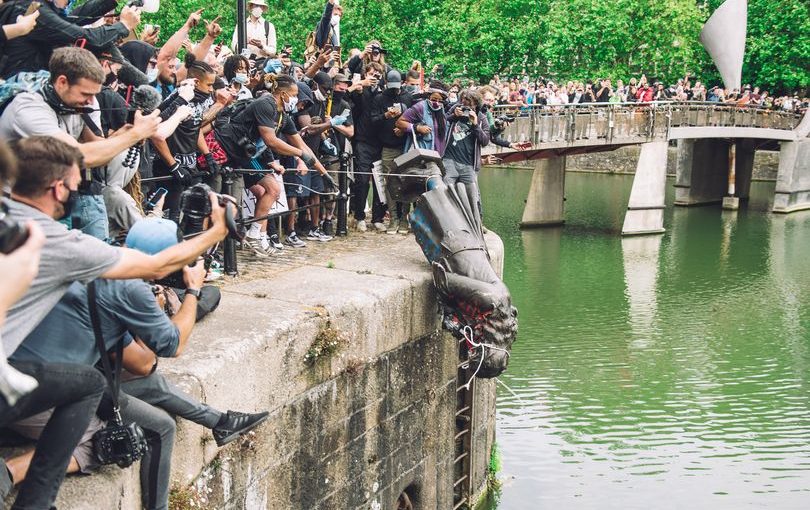 A timeline of the major events that occurred during this year. Including scientific breakthroughs, Black Lives Matter and of course COVID-19.

Jan. 13th – Chris Hansen from ‘To Catch a Predator’ shows up at Youtuber Onision’s house for a face-to-face interview. Someone who has been accused of grooming young girls for many years.

Jan. 18th – Prince Harry and Meghan Markle announce they will no longer play an official role in the Royal family, being dubbed ‘Megxit’.

Jan 22nd – Pres. Trump downplays coronavirus. “We have it under control. It’s going to be just fine,”

February 5th – President Trump is found not guilty at his impeachment trial.

March 13th – Breonna Taylor a black EMT is shot 8 times and killed by plain clothes cops who broke into her home unannounced at midnight. Sparking protests and riots nationwide.

March 20th – In the early stages of Stay-At-Home, the world begins watching ‘Tiger King’ on Netflix and is introduced to Carole Baskin. Revealing the very suspicious disappearance of her husband from 20 years ago.

March 24th – International Olympic Committee announces that the Tokyo 2020 Summer games have been moved to summer 2021.

March 31st – Mobile morgues are set up and spotted in Manhattan, NY

April 3rd – Fuel dropped to less than $1 in my area

April 4th – Germany accuses the U.S. of stealing 3M face-masks they had purchased.

April 14th – Trump announces U.S. will cut funds to the World Health Organization in the middle of a goddamn fucking pandemic….

April 16th – Nearly 22 million filed for unemployment in a single month due to COVID-19, worst unemployment crisis since the Great Depression

May 1st – – U.S. does rush approval for the drug Remdesivir for COVID-19 patients, which so far shown really good results in treating the illness.

May 25th – George Floyd is murdered by Minneapolis police officers sparking riots nationwide. Some of which were instigated by police, dressing up as Antifa and breaking windows. For example such as this pig pictured here and was actually outed by his members of his own family (ouch).

June 3rd – Three additional Minneapolis pigs who were involved in the George Floyd killing are charged with aiding and abetting murder.

June 4th – Buffalo police officers push a 75-year-old man to the ground hitting his head on the concrete almost killing him.

June 7th – Demonstrators pull down the statue of 17th-century slave trader Edward Colston in England and throw it into a nearby harbor.

June 8th – – Capitol Hill Autonomous Zone (CHAZ) is established. A protest zone spanning several blocks where the city of Seattle and police are ejected from the area.

July 16th – Scientists at University of Minnesota, create a 3D-printed heart muscle ‘pump’ made out of human stem cells

July 17th – I get my temperature taken at the fast food restaurant!!

July 22nd – Scientists excavate the Chiquihuite Cave in Mexico and determined that early humans settled into the Americas about 30,000 years ago, doubling the original estimate.

July 24th – This lost dog follows me for almost 2 miles on the walking trail. We named the dog Ellie and my sister and I spend the next 1.5 months trying to find the owners but to no avail. Finally having her re-homed.

August 4th – A fertilizer plant in Beirut, Lebanon catches fires and explodes. Roughly 1 kilotons worth of TNT and one of the largest explosions in recent history. Leaving over 200 killed, 300,000 homeless and destroying their shipping port which jeopardizes their entire economy.

August 16th – California is hit by the largest wildfire in modern history with over 10,000 buildings destroyed and 4 million acres burned

Aug. 20th – Former Trump adviser Steve Bannon is arrested and charged with fraud over a fundraising campaign to build a wall on the U.S.-Mexico border

Aug 26th – Riots break out again in Minneapolis over a rumor about another black man being murdered by police when in fact it turned out to be a suicide.

October 1st – The very stable genius and his wife both test positive for COVID-19.

October 11th – Trump protester is shot and killed in Denver for attacking a plain-clothes security guard. The suspect Matthew Dolloff is arrested and charged with manslaughter.

October 14th – Scientists develop the first room-temperature superconductor. Which if put into production will be a massive improvement in the transmission of electricity.

October 16th – NATO member Turkey conducts a live test firing of a Russian air-defense system it recently acquired. Which ironically was designed to fight NATO and upsetting other member states.

October 18th – Bolivia reclaims their country in a landslide election just 1 year after their government was taken over by a U.S. backed coup.

October 23rd – ‘Murder hornets’ an invasive species to North America, a nest is discovered and eradicated in Washington state.

November 11th – The Native American tribe I belong to begins issuing $200 gift cards that can only be used at grocery stores for food security during pandemic.

November 26th – I decide to stay home for Thanksgiving

Dec. 16th – My 90 yr old uncle recovers from COVID-19 and is finally released from the hospital.

Dec. 19th – Nathan Larson a “pro-pedophila” activist, and white supremacist who ran for Congress in 2017 is arrested for kidnapping a 12 year old girl.

Dec. 22nd – 36 researchers at a base in Antarctica test positive for COVID-19

Dec. 26th – My niece and her husband test positive for the Coronavirus

Dec. 31st – Minneapolis police shoots and kills someone, immediately prompting them to say suspect pulled a gun and shot at them first. In other words, trying to avoid a 3rd riot b/c the community’s level of trust with their police is still next to nil…